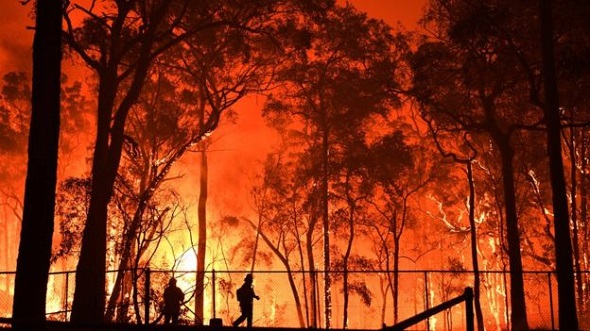 We have been under threat from huge bush fires and were evacuated last week. At the last count, over 2.7 million acres are burning in New South Wales and Queensland. The smoke is traveling around the southern hemisphere. It’s been the worst start to the fire season ever and it’s not even summer yet. At our place, one fire came quite close, within 3kms – and really freaked us out. Also, we have not had rain since late July/early August, so everything is tinder dry. We have only about one third of our last tank of water left and have to wait four more weeks for water to be carted here. It’s been a bloody mess and very frightening. There is a state of emergency declared and the bush fire rating was at one stage officially ‘catastrophic’. It’s tough at the moment but we will be ok.