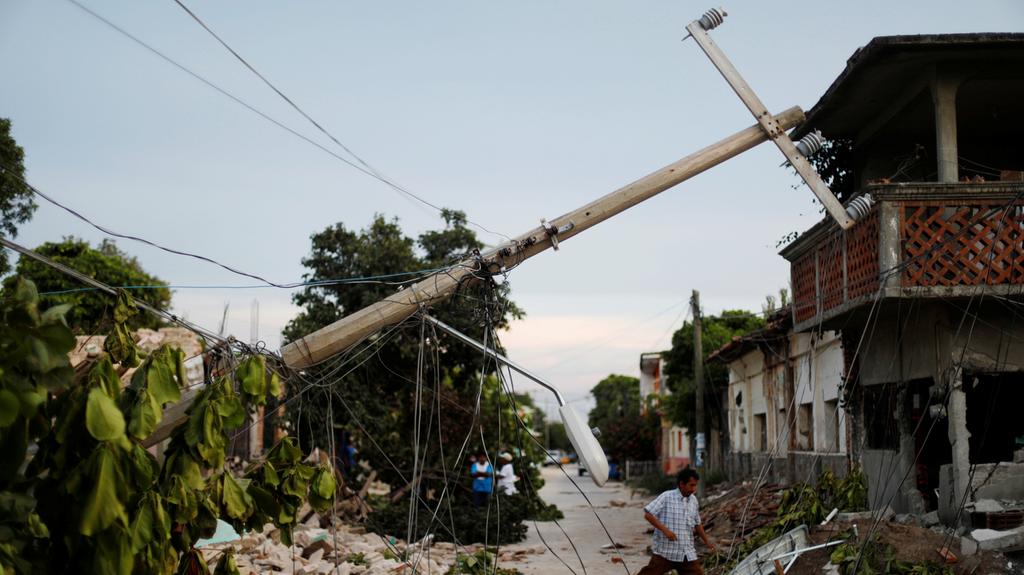 As part of the Global Leaders I would like to tell you a little bit about what happened in México in just 2 weeks time. 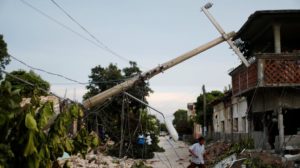 On September 7th and September 19th we had 2 mayor earthquakes and a Hurricane that devastated the country. Our first feelings were fear and concern for our loved ones and friends. Then came sadness for all the people who lost a loved one, homes, jobs, and for our country.

Can we begin to imagine what goes on through a child’s mind during these times? The first earthquake struck the coast of Oaxaca and Chiapas, one of the poorest parts of our country. Leaving over 2000 schools damaged, classes were suspended and many children were left without homes as well. Over 9600 homes and more than 300 schools today need to be demolished. Our hearts broke for our people. Just after that first earthquake, came a Hurricane, making the situation even more critical and leaving our people in very scare conditions. 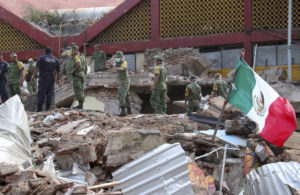 I will try to describe what children went through in the second earthquake in México City, (September 19th) only 12 days after the first earthquake. That day Mexico holds a ceremony to remember that on this same date, 32 years ago another earthquake devastated Mexico City. Every school had a drill at 11 am as part of the remembrance. Even though they did not live through it, it is a part of history and they all remember parents, grandparents and friends telling them about the experience of that day.

At 13:14 an earthquake began and seconds after that the earthquake alarm went off. The epicenter was so close that the alarm went off at the same time as the earth was already shaking. While it was all very confusing, the emergency protocols were activated and children were taken to safe areas.

The children and parents couldn’t imagine at that moment what had happened in the city but we soon knew many buildings, one university and one school had collapsed with children inside. Children were being rescued from under the stones. The whole country followed closely the media coverage of the school because it touched our hearts, just knowing that 22 children remained under the stones made us aware of how fragile we are, we could feel the parents anguish. Sadly, these 22 children died in that school.

In both cases, what children learned is that the first thing after an earthquake when buildings collapse is that rescue teams must help people trapped under the stones. Nevertheless Mexicans instead of running out and panicking were all out in the streets and helping. In most cases, the first response came from civilians who began working together to get people out, they each took on a role and began directing. Human chains were moving rocks away from the scenes, hoping and raising a fist, asking for silence when hope of life under the collapsed buildings was a possibility. The government began safety protocols and the military men who were away helping those from the first earthquake had to divide to help as many as possible. Children were sent home and schools were suspended to keep children safe, also to clear the city streets for emergency vehicles.

Help begins to arrive, our army and marines and then the international aid. All of them working together to rescue as many people alive as possible. Days keep going by and hope is fading and we begin counting the dead…

But they also learned that their parents, families and friends all came together to help the needed. Mexicans are united, are generous in adversity and strong, very strong and that when disaster comes we rise and we protect our people. That we will build the country we dream will give them a better opportunity.