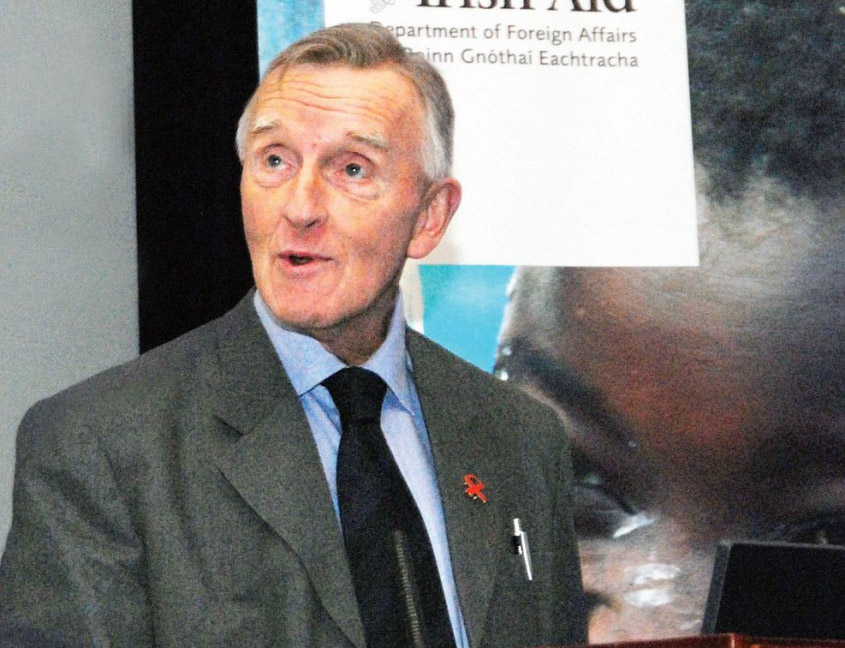 We are delighted that Michael Kelly, HIV/AIDS advocate from Zambia and member of the WF HIV/AIDS Action Tank, could join us at the Café to share an update on the situation for children impacted by HIV/AIDS around the world. 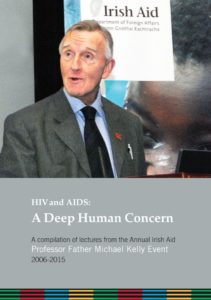 For children impacted by HIV/AIDS, is the situation improving? Is there greater access to drugs for children? When we hear people talking about an end to AIDS, do you see that happening?

Three categories of children are impacted by the AIDS epidemic: children who become infected because their mothers are infected; children who are living with HIV, whether this came from the mother or otherwise; and children who have lost one or both parents to the disease (the so-called AIDS orphans).

Is the Situation for Children Improving?

However, there has been great improvement in preventing the transmission of HIV from a mother to her baby. Worldwide, 220 000 children acquired HIV from their mothers in 2014. This figure is unacceptably large, since it means that some twenty-five new infections occur among new-born children every hour. However, it is a significant reduction on the situation in 2001 when 580,000 new-born children were infected. Approximately 73% of pregnant women living with HIV worldwide are now receiving treatment to stop transmission of HIV to their babies. This is a giant step forward from the 36% that were receiving effective antiretroviral treatment in 2009.

Unfortunately the same progress has not been made in the access of children to treatment for HIV. Even though the situation has improved in recent years, treatment access for children continues to lag very much behind that of adults. Globally, children living with HIV are one third less likely to receive antiretroviral therapy (ART) than adults. In Zambia, by 2014 about 60% of the adults in need were on treatment, but the proportion of children living with HIV who received antiretroviral therapy was only 32% – more than double the 14% it had been in 2010, but still considerably lower than the adult access rate. UNAIDS data also shows that in all but two of the 21 priority countries in Africa the percentage of adults receiving ART in 2013 was very much higher (in some countries four and five times higher) than that of children. The picture is much the same globally, with less than one-third of children in need of treatment receiving it, compared with more than half the adults.
UNAIDS gives four principal reasons why pregnant women and children are being left behind – (1) limited access to reproductive health and HIV services; (2) limited access to HIV treatment; (3) failure to prioritize children; and (4) poorly integrated health care services. In addition, there are fewer antiretroviral drugs available for use by children, children incur higher treatment costs, and complex medication regimes further hamper pediatric treatment. UNAIDS warns that the world will continue to fail many children and pregnant women unless efforts are redoubled to overcome the obstacles which bar their access to lifesaving HIV services, including testing, prevention, treatment, care and support.

In 2014, an estimated 13.3 million children had been orphaned due to AIDS, fewer than the 14.4 million of 2009. This reduction can be attributed to the decline in AIDS-related deaths, down from 2.0 million in 2004 to 1.2 million in 2014, while the decline in AIDS-related deaths in its turn can be attributed principally to the more widespread availability of antiretroviral treatment. In a country like Zambia with a high HIV prevalence rate, children orphaned by AIDS make up about half of the 1.4 million orphans in the country and the proportion is very likely similar in other seriously affected countries.

The public and private response to the situation of orphans has been very positive. In particular, strong support has been shown for their school attendance, to the extent that in Zambia orphans are less likely than non-orphans to miss out on their schooling. But serious orphan problems remain. Children may be abandoned due to stigma or a simple lack of resources, while others run away because they have been mistreated and abused by foster families. As children grow older, foster families may not have the wherewithal to provide for all their needs and to support them at secondary and higher education levels.

The End of AIDS?

It is absolutely right to think about ending the AIDS epidemic. But one has to be very careful to avoid giving the impression that the end is in sight or will be easily accomplished. Because it is transmitted principally by sexual activity, the real end can only come in two ways – socially, through major changes in sexual activity, and medically, through drugs that will kill the virus. There have been changes in sexual activity and these have brought down the transmission rate. But they are not sufficient to bring that rate close to zero, as the 2 million new infections that occurred worldwide in 2014 show. However, this is not to deny that there has been great progress, with one million fewer infections in 2014 compared with 2001.

But there is still a long way to go. As Michel Sidibe, the Head of UNAIDS has said, “We need female-controlled options for prevention, and we need to be working more closely with the women’s movement to stop gender-based violence and create more opportunities for
women and girls to succeed in school and in life. …. We need to make sure comprehensive sexuality education reaches all young people and that young people have access to sexual and reproductive health services that are serving them with the respect everyone deserves.”

Medically, evidence has emerged that people whose HIV viral load is suppressed through ART are unlikely to transmit HIV to others. This has opened the door for treatment to be used for HIV prevention.  The great extension of treatment should certainly lead to a substantial decline in HIV transmission and thereby bring closer the day when we will see an end to AIDS. At the same time, scientists are seeking ways not just of suppressing but of eliminating the HIV virus. It may take them many years to succeed in this task, but this is the final step needed to end AIDS once and for all. However, the scientific community will achieve this objective only if it receives the resources needed for its work. This is a major challenge in a world where there are so many other calls on human and financial resources.
But there are negative aspects to talking carelessly about the end of AIDS, especially if that talk is premature and too optimistic. One is the danger of complacency, thinking that the AIDS crisis is over and that tackling the epidemic no longer needs the kind of attention it received in the early years of this century. Another is the risk of thinking that as of now science can deal with every problem. And a third is the ever-present danger of losing sight of the individuals who are suffering – the women, children, and men who are infected with HIV, whose survival depends on regular visits to clinics where the life-preserving drugs that they need may not be in stock, whose vitality is being depleted by the strong medications they must take in order to suppress the activity of HIV, who are still shunned and stigmatized in innumerable small and big ways, and whose self-image is constantly being attacked by their own self-condemnatory questions – “why did it happen to me? why did I let it happen to me?”

To quote Michel Sidibe again, “The biggest lesson is that not one person, or sector or country can end AIDS. It’s going to take every lesson we’ve learned and a few lessons more to help us end AIDS.” And surely among those lessons, that of compassion and human understanding must rank high!

Note: Much of the data given above, the quotations and what is contained in the box on page 3, have come from UNAIDS publications, especially How AIDS Has Changed Everything (2015) and The Gap Report (2014).