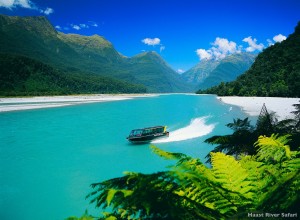 Although it is roughly comparable in size to Japan or Colorado, New Zealand’s population is only just over four million people, making it one of the world’s least crowded countries. It is a haven for those seeking peace, rejuvenation and relaxation as well as a playground for thrill seekers and adventurers.

New Zealand is an island nation in the South Pacific Ocean. Located on the upper North Island, Auckland lies on an isthmus less than 2km wide at its narrowest point. With the Pacific Ocean’s Hauraki Gulf to the east, and the Tasman Sea’s Manukau and Kaipara Harbours to the west, it is one of the few cities in the world with harbours on two separate major bodies of water. 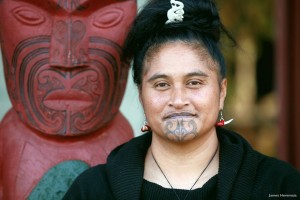 Over four hundred years before Christopher Columbus and the rest of Europe worried about falling off the edge of the world; Māori people voyaged thousands of miles across the vast unknown Pacific Ocean in small ocean-going canoes and became the first inhabitants of Aotearoa New Zealand. To this day, Māori culture is a core part of New Zealand’s national identity.

With a patchwork history of Māori, European, Pacific Island and Asian cultures, New Zealand has become a melting-pot population – but one with some uniting features that make it unique in the world.

Today, of the 4.4 million New Zealanders (informally known as Kiwis), approximately 69% are of European descent, 14.6% are indigenous Māori, 9.2% Asian and 6.9% non-Māori Pacific Islanders. 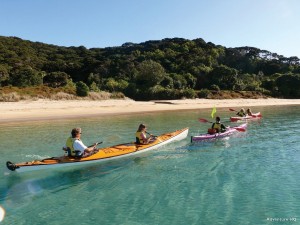 For the same reason that many visitors come to New Zealand, Kiwis have developed a passion for the outdoors and delight in activities that make the most of the spectacular landscape.

With so much coastline, it’s little wonder New Zealanders love the water and it’s reputed that over 15% of New Zealand families own their own boat.  Respected as superior yacht designers, Kiwis continue to dominate on the world yachting, kayaking, windsurfing and rowing scene. 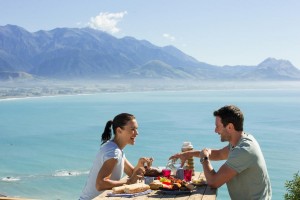 New Zealand’s cuisine has been described as Pacific Rim, drawing inspiration from Europe, Asia and Polynesia. This blend of influences has created a mouth-watering range of flavors and food in cafes and restaurants nationwide. For dishes that have a distinctly New Zealand style, there’s lamb, pork and cervena (venison), salmon, crayfish (lobster), Bluff oysters, whitebait, paua (abalone), mussels, scallops, pipis and tuatua (both are types of New Zealand shellfish), kumara (sweet potato), kiwifruit, tamarillo and pavlova, the national dessert.

The World Forum Foundation has appointed Exclusive Tours as official tour operator for World Forum delegates who wish to contact a reliable company about recreational tours during their time in New Zealand. In addition to helping you plan tours in advance of your arrival, the company will also host a travel desk in the Sky City Convention Center during the event. Be sure to identify yourself as a World Forum delegate.
For immediate assistance, contact:
Sharron Hickman
Exclusive Tours
[email protected]
+ 64 0274732934
www.ExclusiveTours.co.nz

Auckland has a temperate coastal climate. The seasons are the opposite of the Northern Hemisphere. Auckland’s summer is from December to February, autumn is March to May, winter is June to August, and spring is September to November. The mean daily temperature during January and February is 23°Celsius (74°Fahrenheit), and during July and August, the mean daily maximum is 14°C (57°F).

Average temperature in May
The month of May is characterized by falling daily high temperatures, with daily highs decreasing from 65°F to 61°F over the course of the month. Daily low temperatures are around 52°F.

New Zealand’s unit of currency is the dollar (NZD). All major credit cards can be used in New Zealand, with Visa and MasterCard accepted most widely.

Dress code for the 2017 World Forum Event is business casual.

No vaccination certificates are required. Public and private hospitals provide a high standard of treatment and care. Medical services are not free to visitors. Health insurance is recommended.