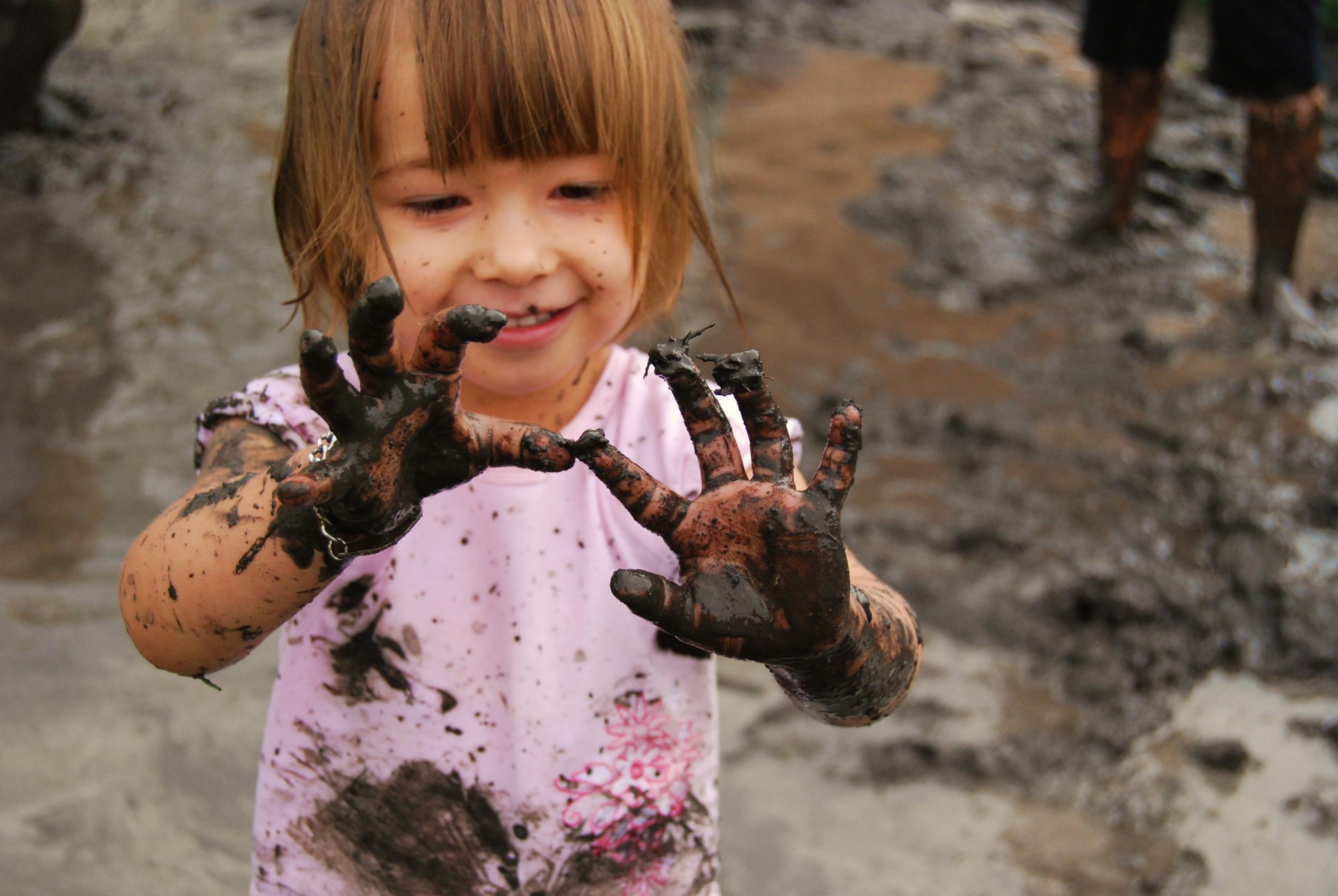 Each year International Mud Day is celebrated in June in programs worldwide, but did you know it began as a project of the World Forum’s Nature Action Collaborative for Children. Here’s how Bishnu Bhatta from Nepal and Gillian McAuliffe from Australia launched the idea:

In 2009 at the World Forum for Early Childhood Care and Education in Belfast, the idea of International Mud Day had its beginnings. Two members of the Nature Action Collaborative for Children, Gillian McAuliffe from Western Australia and Bishnu Bhatta from Nepal, discussed the challenges children faced when playing in mud in each other’s context.

Gillian reflected on the lack of mud as Perth is situated on a sandy plain and also the reluctance of the culture to ‘get dirty.’ Bishnu, on the other hand, had lots of mud but many children did not have enough clothes to be able to get them dirty or soap to wash them. On her return to Australia, Gillian who is the Director of Teaching and Learning at Bold Park Community School, told this story to a group of seven and eight-year-olds. The Bold Park children decided they could send clothes to the children in Nepal so that they could play in the mud. They raised $1000 in three weeks and sent it to Bishnu to buy some clothes for some children there. So in September 2009 Bishnu did this and arranged a special day for the children of the Panchkhal orphanage which included their first meat meal in five months.

Since then the two groups have celebrated a very special bond and played in the mud together, although in different countries. Four years later, in 2013, a group of six families from Bold Park traveled to Nepal to take part in Mud Day celebrations with the children of Nepal. They also raised money to complete a renovation project at the orphanage. At last, they will play in mud together in the same country. And perhaps, at some point, some of the children from the Panckhal orphanage in Nepal will visit Australia to celebrate Mud Day with Bold Park Community School.

The World Forum community offers the opportunity for us all to connect in such wonderful and surprising ways, building global understanding and relationships. What began as an exchange between the children of Nepal and Australia, is now an idea shared throughout the world!

Click here to view reflections from Bishnu and Gillian in a 2010 issue of Wonder.

Back to the Café
More WoFo News